It occurs to me that I’ve not posted more basement pics lately. So, I’m going to walk you thru what I’ve got now, comparing it with the pictures from THIS earlier post.  So, without further adieu, here we go!

In the earlier post, I walked you thru my basement, coming down the stairs then, there was this pony wall..

Unfortunately, my pictures are from an angle in the opposite direction – this one’s from the left, the following two new ones are from the right!  Still coming down the stairs and aiming left, though, we’ve got 3 shelving units in front of the pony wall. 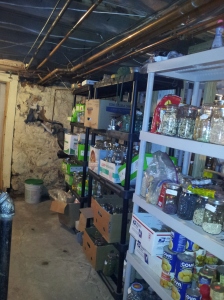 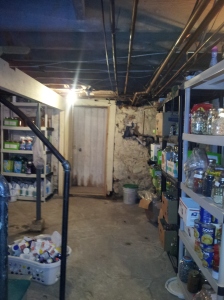 And, all new on the back side of the pony wall, another three, 165 gallons of water storage, and two new wine racks we junked from down the block.  😉 (Panning from left to right…) 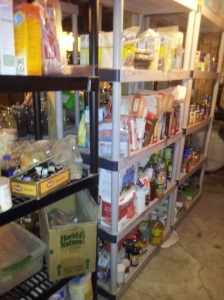 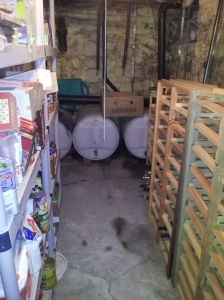 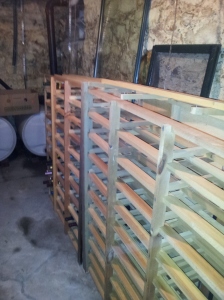 Moving back to the center of the basement, here’s what we had earlier… 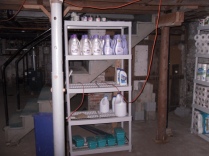 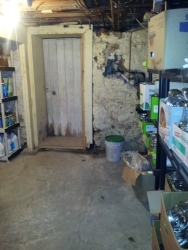 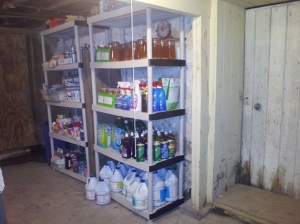 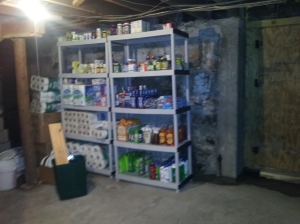 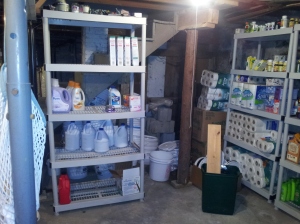 Moving on into the actual pantry…. 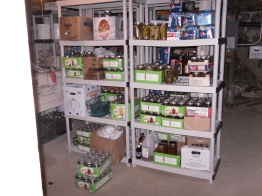 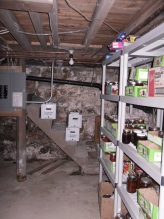 And now…  These are the same views, we’ve simply added more.  Behind the rack at the very end on the left hand (the one with the Mexican food in it!), is the old stairway. 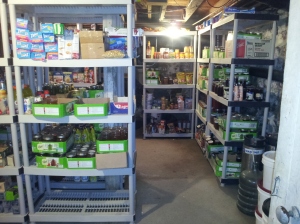 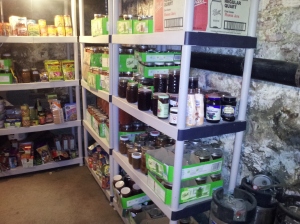 So, older pics of the left hand side: Walk forward and turn to the left – there’s a U of shelving units: 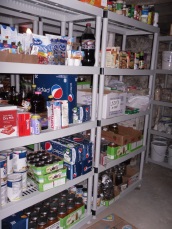 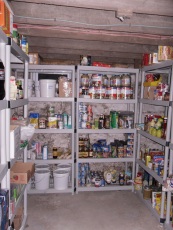 There’s more on the flip side of the left side, but I didn’t take pictures… 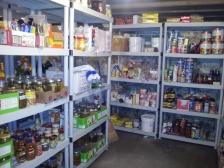 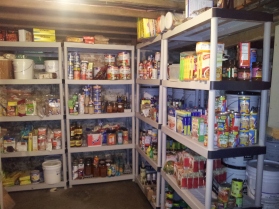 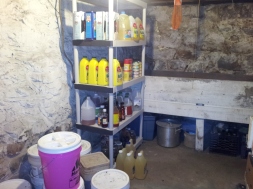 And, for the really new, fun food storage….under the abandoned stairs! 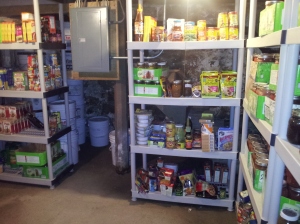 This is bulk, rice, wheat, beans, sugar, salt and oatmeal.  These are stored, mostly, in 4 and 5 gallon food grade frosting buckets, obtained for free at a grocery bakery.  Those that are not are drywall mud bucket which were washed out.  All now have mylar in them to protect against moisture.